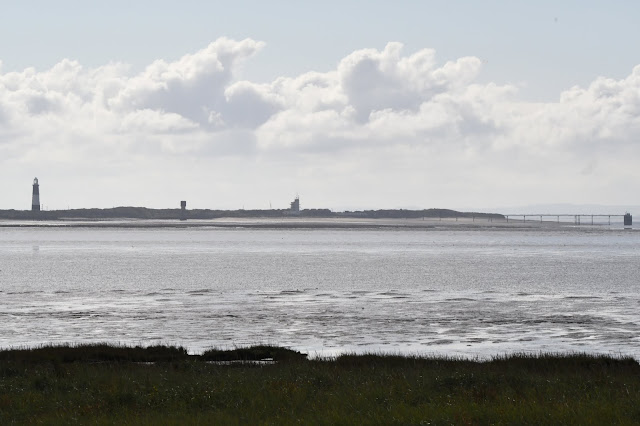 After taking advice and consultation with Bullocks coaches society members were able to safely participate in the annual trip to Spurn.

Upon arrival in the Spurn area, as is normal, some folk chose to walk down to Kilnsea from Easington via Sammy’s Point. This yielded expected species like Yellowhammer and also less predictable ones like Woodcock and Marsh Harrier. Woodcock zooming in off the Humber is a classic October scenario at Spurn and this bird had characteristic speed and a zig-zagging flightpath that presumably helps avoid too many meetings with a Peregrine along the way. 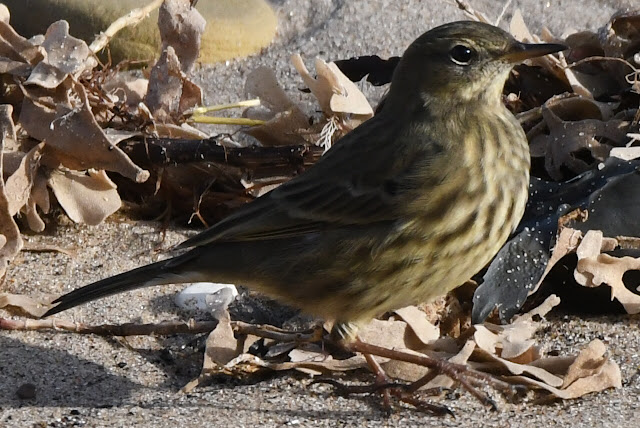 Some also looked over Kilnsea Wetlands, and this produced Curlew Sandpiper, Whooper Swan and Barnacle Goose in addition to more common waders and wildfowl such as Redshank, Dunlin, Wigeon and Teal.

Those that stayed on the coach and hopped out in Kilnsea immediately had the option to look for a reported Red-flanked Bluetail, as Spurn and Kilnsea continued a great run of sightings for the week. This bird had gone to ground, but it was obvious that large numbers of migrants were present as most bushes and trees seemed to contain Redwings, Goldcrests, Robins, or all 3! It did seem unusual though that a Ring Ouzel or two couldn’t be winkled out from somewhere. 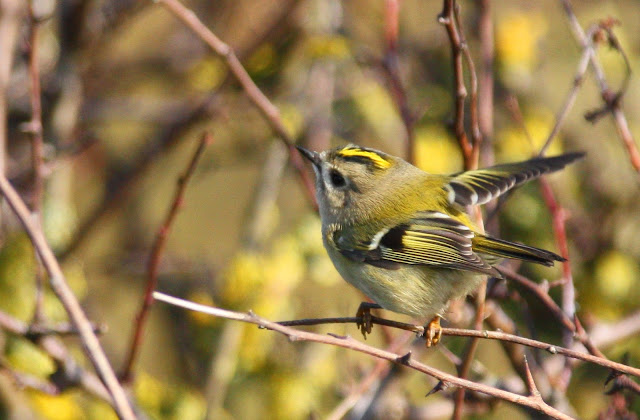 As the morning progressed plenty of birds started being turned up, including nice species such as Lesser Redpoll and Brambling. Better still were Firecrest and Yellow-browed Warbler both seen at the Crown and Anchor or further along the road in the Churchyard. Amongst these Autumn arrivals were Swallows and House Martins that we would possibly expect to have departed by now, but a welcome sight nonetheless.

Views over the Humber yielded Bar-tailed Godwit showing well along with Grey and Golden Plover and Knot. Other recorded waders included Black-tailed Godwit and Curlew. Brent Geese were seen over the Triangle along with Skylark and Fieldfare. A notable cluster of around 6 or 7 Stonechats were active on the fences around this area. The exact same area holds Whinchats in August and September, which nicely illustrates the way the seasons progress at Spurn. 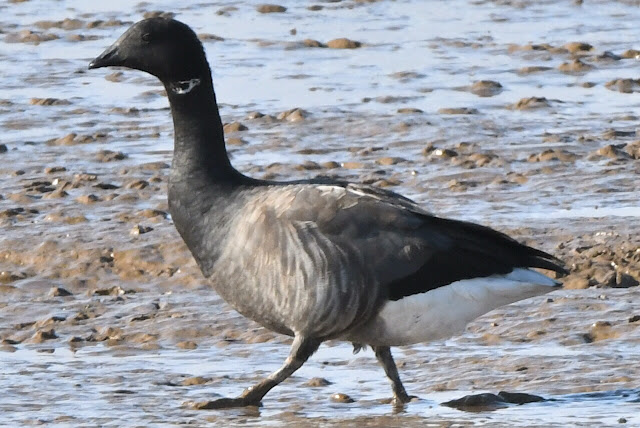 Meanwhile on the sea views of Common Scoter, Gannet and Red-throated Diver were obtained, but a highlight was a piece of good fortune at the very moment we were about to leave, with a Black-throated Diver seen heading north by a couple of observers. This species isn’t too common at Spurn but they have been reported relatively frequently this autumn and the ID was clear.

Overall, it was probably a day for appreciating the breadth and scale of Autumn migration rather than ticking off rarities. The overall list was 94 species which reflects the unique range of habitats and volume of passage at this fantastic location. 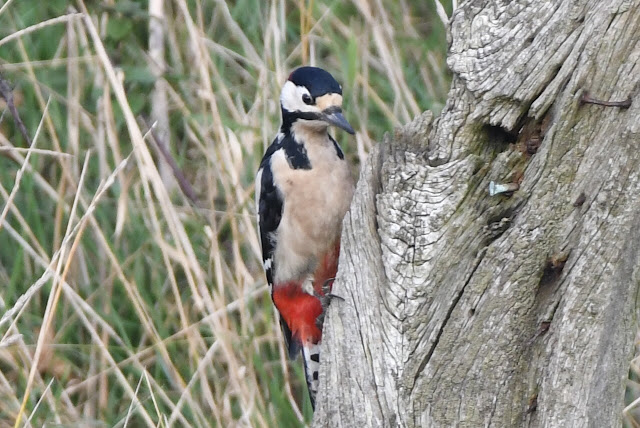 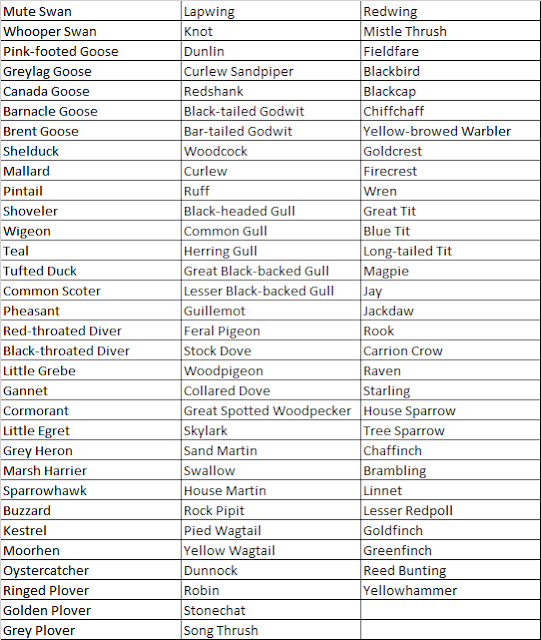 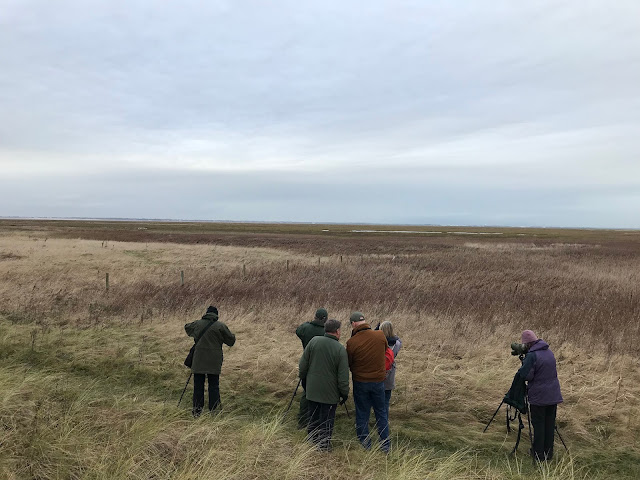 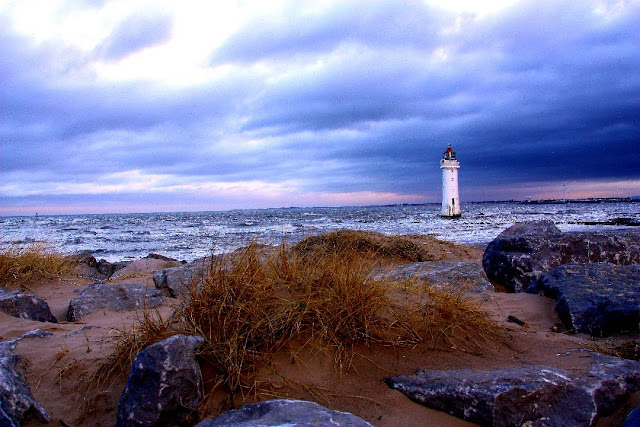 The Wirral; New Brighton, Parkgate and Burton Mere Wetlands RSPB Reserve   12 th January 2020 (New Brighton - J Wharton) Weather :   Cloudy, mild Members and friends :   33                        Driver : Glenn Thirty-three members and friends set off from Stockport for our first trip of 2020 to our usual destination of the three sites on the Wirral. Our first stop was New Brighton and the coach dropped us off outside Morrisons as per normal. Those that didn’t head straight for the café walked over to the Marine Lake and were greeted by a large group of waders on the pontoon, under the colourful bottle sculpture. The 8m long sculpture is made of recycled plastic, titled “message in a bottle”. It was erected in 2018 to highlight the issue of plastic pollution. Apparently, it lights up at night! Immediately we picked out a couple of Purple Sandpipers amongst the flock of Dunlin, Turnstone and Redshank on the pontoon. After a bit of searching from different angle 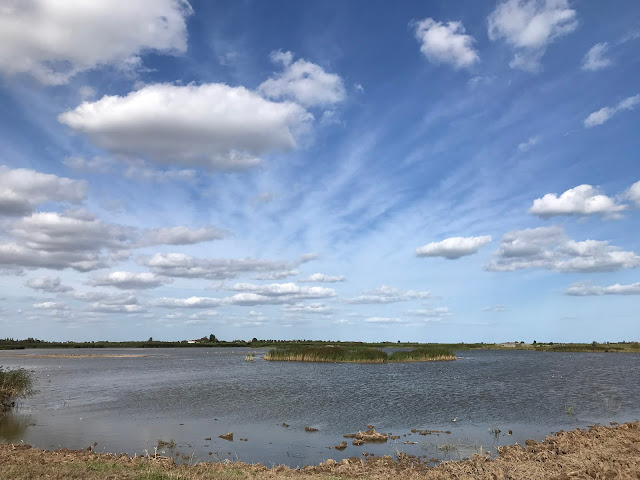 Frampton Marsh RSPB Reserve   12 th September 2020   Weather :   Sunny and warm Members and friends :   27                        Driver : Glenn Due to the Covid 19 restrictions the society had not been able to embark on a field trip since March 2020. After excellent work by Bullocks Coaches who had arranged clear plastic partitioning on the coach, provided individual temperature readings and took on other relevant government guidance, and a lot of effort from Dave Evans in contacting members and liaising with Bullocks we had confirmation the week before the trip was due that it was a goer! 27 members turned up for the trip, all adhering to the recommended social distancing and all, commendably, wearing face masks for the duration of the journey to, and from, the reserve. We were all appropriately managed by our Bullocks driver, Glenn, who was commended for his efforts in making the trip a possibility. A. Barrett This was the societies first ever visit to Frampton Ma